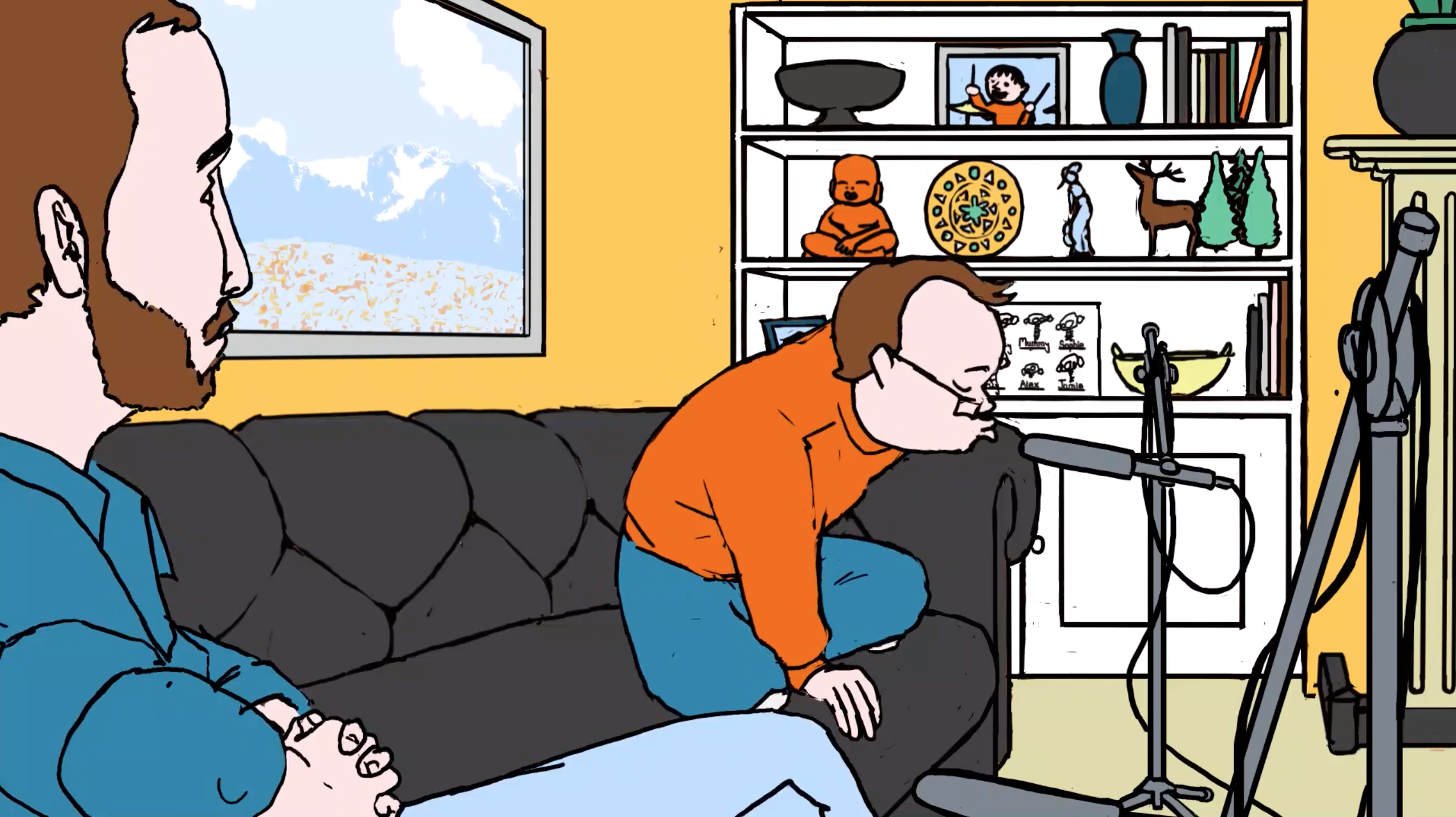 Alex Widdowson creates animated documentaries about the diverse mechanisms that cause people to think in a particular way. He’s covered topics such as cognitive disabilities, addiction and mental illness. He is interested in the theory and practice of finding a balance between the seemingly limitless potential of animation and the duty of a documentary filmmaker to create authentic and ethical representations of people and the world.

The event will include screenings of a number of Alex’s films, demonstrating his approach to representing neurodiversity. He will discuss the ethical concerns of an artist when interpreting the lives of others, many of whom are vulnerable. He’ll also make the case for animation as a medium for documentary practice and auto-ethnographic exploration.

Alex studied animated documentary at the Royal College of Art. His graduate film screened at festivals around the world and received seven awards. He is currently developing project on autism as part of his PhD at Queen Mary, University of London, funded by the Wellcome Trust.

Recent works include Music & Clowns, a short-animated documentary about Alex’s brother, Jamie, who has a profound learning disability. Alex teamed up with his parents to discuss what it’s like caring for someone with Down syndrome. They piece together fragments of insight to gain a sense of Jamie’s inner life, but our differing perspectives reveal as much about our own subjectivity as they do Jamie’s.

This event is part of Represented: Platforms not compromise, a programme of events and activities highlighting an urgency for equality in representation and critiquing misrepresentation, under-representation and misinterpretation. In conversation with artists, writers, curators, performers, activists and communities, the programme aims to welcome, acknowledge and present a growing plurality of voices.