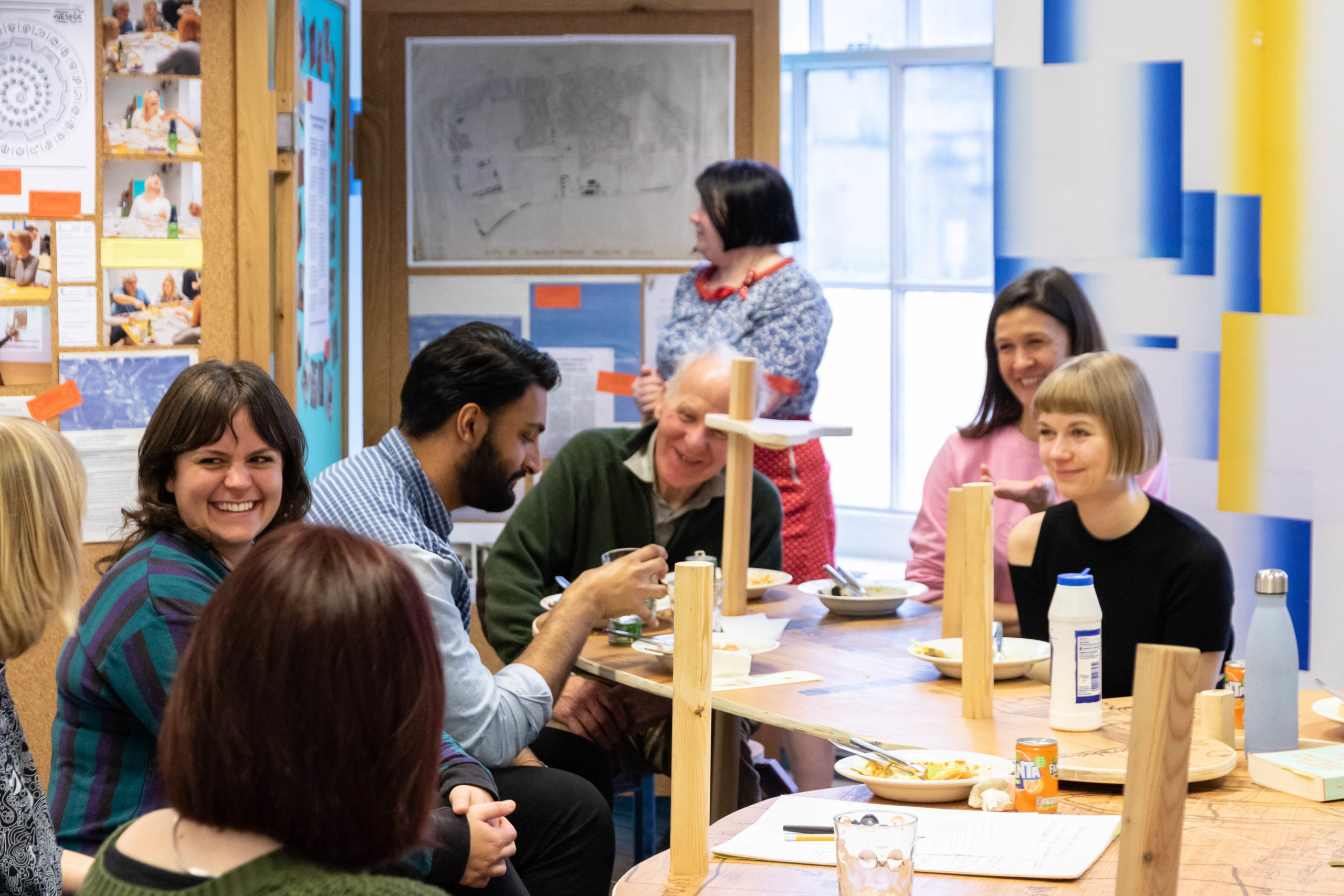 Collaborative artist duo Sophie Chapman + Kerri Jefferis invite you to have lunch with them on their ‘social sculpture’ / modular dining table – created recently whilst on residency in Beeston, south Leeds. A free lunch of baked potatoes with a range of fillings will be provided! After building it together, and over food, they will present their intentions and approaches to making new artworks with people living in the Beeston area. Through the conversation the artists will share their research around spatial justice, the undercommons, notions of the social imaginary and (re)production of public space.

Sophie Chapman + Kerri Jefferis have worked together, with others, since 2015. Their practice is rooted in the politics of collaboration, together we orchestrate anarchic situations and improvised encounters – opening space for critical and convivial exchange. The remains from these events are shaped into artworks taking the form of sound, print, sculpture and film; experimental records and reinterpretations of the live moments.

Recent work in progress includes Idle Acts: a film that slips between fact and fiction derived from improvised vignettes developed with a group of acting enthusiasts, exploring micro narratives and urban surrealisms. Common to each work is the desire to convene differing people and enact prefigurative forms of resistance. Prompted by the feminist ‘practice of doing’, Sophie and Kerri invite people to re-orientate, unlearn or embody unfamiliar ways of being, together.