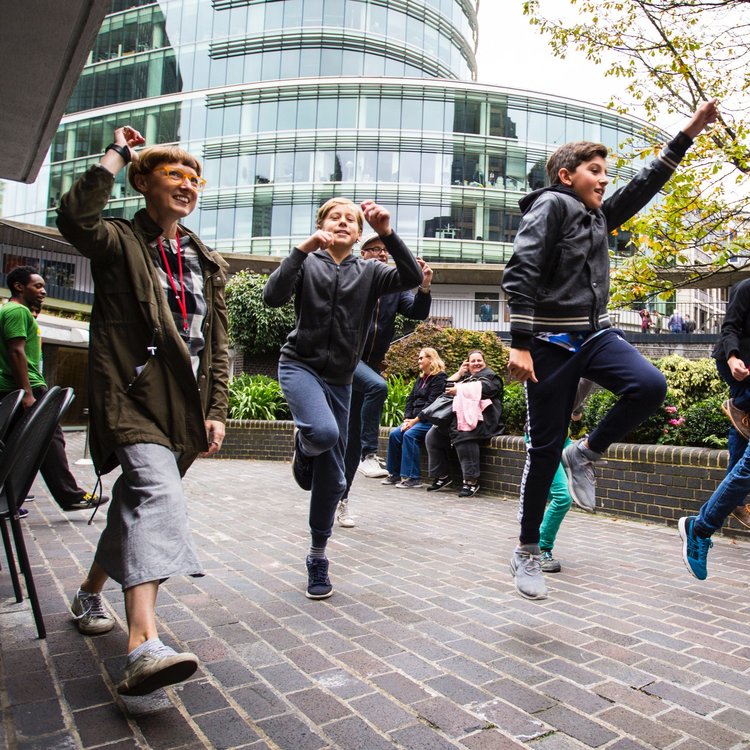 In Lincoln, Ruth Beale has been inspired by the Magna Carta and the Charter of the Forest and their distinction of ‘free men’ and ‘the unfree’, to explore the legal and social structures around the concept of freedom. She is interested in how a person’s sense and experience of freedom might be affected by their class, wealth, race or gender, by access to employment, education, health services and housing, by their right to vote, or their right to live and work in the UK.

In the UK, everyone has the right to freedom of thought, conscience and religion, and to freedom of expression, but being heard, or listened to, is not guaranteed. Protest remains a way of coming together, occupying public space, starting debate, and giving voice to minority groups. Ruth Beale’s practice considers the evocative relationships between culture, governance, social discourse and representation. A form of socialised questioning, it includes performance, writing, collecting, drawing and socially-engaged processes.

Ruth Beale will present an exhibition of hand-made blank banners are interpretations of real banners used in protests and rallies from the last 100 years: from Justice for Grenfell, to the Suffragettes, to pit closures and trade union marches.

Following recent anti-austerity, anti-Trump, and anti-Brexit marches, Banners have become memes on news and social media. They are effectively distributed, then easily forgotten as information overload undermines the integrity of individual messages. By ‘silencing’ the banners, Ruth Beale has stilled their vitality, halted their message, but not emptied their meaning, as we imagine from their design the causes the banners represented.

During February and March, whilst the banners are on display, Ruth is hosting a series of public events called Freedom: Public Conversations. Events will include PRIZZZON, a talk and conversation with artist, activist and instagrammer Lisa Selby/bluebaglife and author and activist Carl Cattermole. Talking from experience about the UK Prison System, they discuss the future of prison campaigns.

Ruth Beale is working as a commissioned artist with Mansions of the Future throughout 2019.