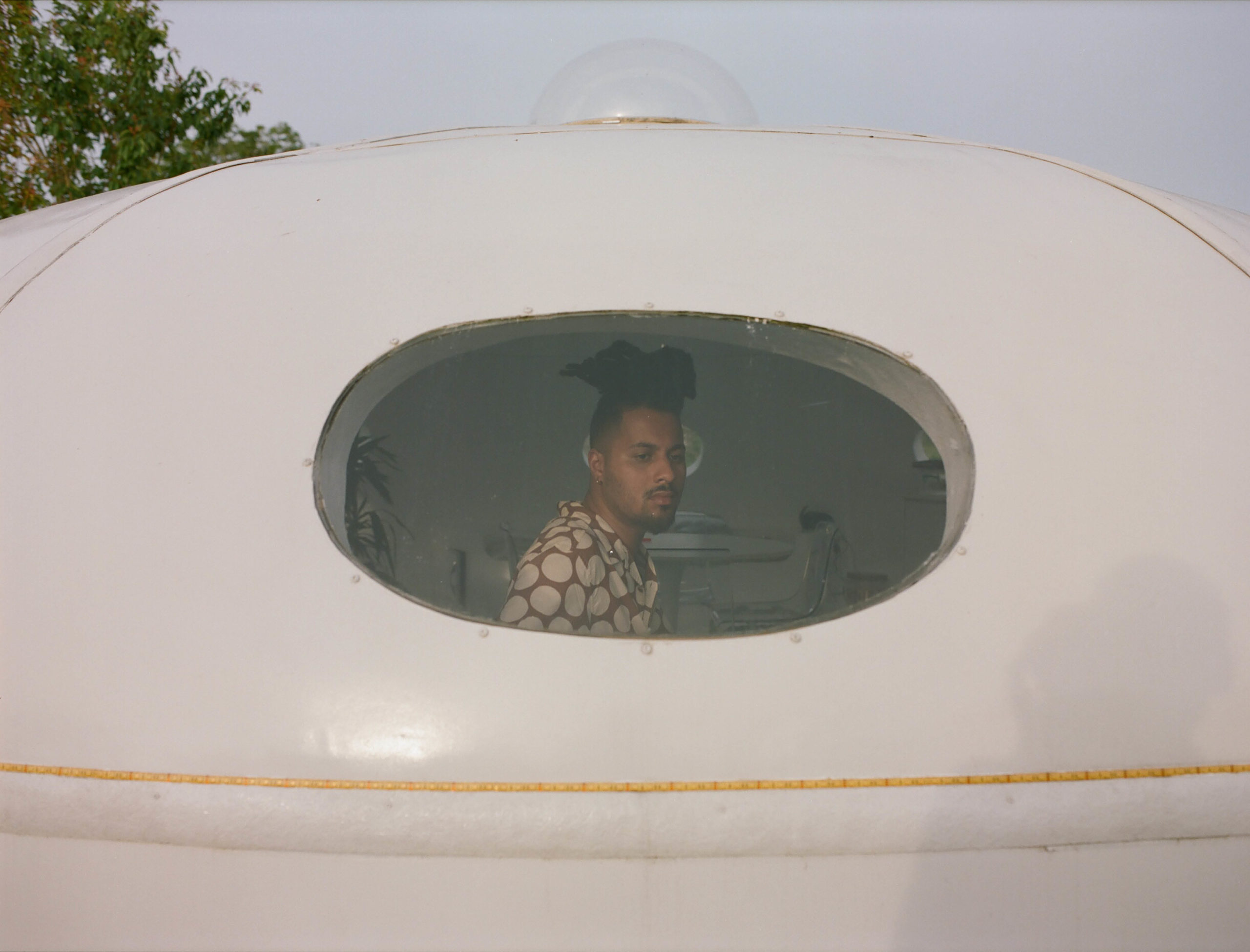 In light of recent developments the Covid-19 crisis, as a necessary precaution and commitment to the wellbeing of artists, our staff, volunteers and the wider community the team at Mansions of the future have been working closely with artists written into our Lincoln Live programme to rethink and reimagine major commissions within the limitations and possibilities of this extraordinary moment. In this moment we are working with commissioned artists to support the development of new work, which can be shared and enjoyed together with audiences in a safe, largely virtual, domestic and necessarily personal environment.

This Summer Mansions of the Future is proud to present a new major film and music commission with artist and producer Haich Ber Na, alongside Joseph Bernard, Ivor Alice, Jesse Crankson and Richard Wilkins.

With the original intention of developing Lupiter – an experimental short film, featuring a breadth of actors and junior on-set roles working together in Lincoln City Centre, Haich Ber Na and his team have necessarily gone back to the drawing board. The original storyline featuring a young woman joining a widely feared cult has been adapted and evolved in response to the current climate and reworked with a smaller, more strategic team. The delivery of the new multifaceted commission will continue to support the release of new music by Haich Ber Na.

From Then ‘til Now will take the form of a 3 part music video, a series of free, online, skills based workshops launching in July curated by Haich and Joseph Bernard.

From Then ‘til Now is an exploration of ideas based on the past, present and future. The project is informed by an understanding of iconography and styles around contemporary pop music and a speculation on where the future of pop visuals could go.

The supporting music produced by Haich Ber Na rifts on historically popular almost cliché topics of love and heartbreak, weaving stories from the past and present. The work has been developed in response to the rapid evolution of global technological developments and in a rejection of what he calls the ‘ fetishization of nostalgia’ Haich Ber Na has been inspired to create high quality work by re-purposing old ideas using new technology.

‘From Then ‘til Now’ Curated Online Skills Workshop Series

We will be streaming a series of online workshops curated by Haich Ber Na and Joseph Bernard. This will be a 5-day series, hosted every evening of the week beginning 13th July.

Industry professionals will be invited to speak and share knowledge exploring film production, 3D set design, styling and photography. These are workshops are free to attend and open to the public.

Registration is essential. Find out more and book your free place: Here

Originally hailing from the small city of Peterborough, in 2015 a 20 year old Ber Na attended UAL as a graphic design student, where he began taking his journey as an artist seriously. The self-taught musician began with his roots in rap and grime production but shifted into the avant-garde in 2017, resulting in his genre bending experimentalism.

This has captured the attention of both underground and mainstream music circles, from the Guardian to iD magazine. Now aged 25 with two EP releases under his belt, Haich Ber Na proves to be one of London’s most exciting artists with a focus on pushing sonic boundaries and working across disciplines. Ber Na has appeared on NTS Radio, Rinse Paris, BBC 1Xtra and more. Although primarily focused on his solo project, he’s also lent his unique production to other bubbling artists such as Joy Crookes , MTMBO and Elheist .

Ber Na’s contribution to the Lincoln Live programme, is a continuation from his 2019 release Everywhere’s Home; a musical and visual project which explored autobiographical notions of alienation and isolation.