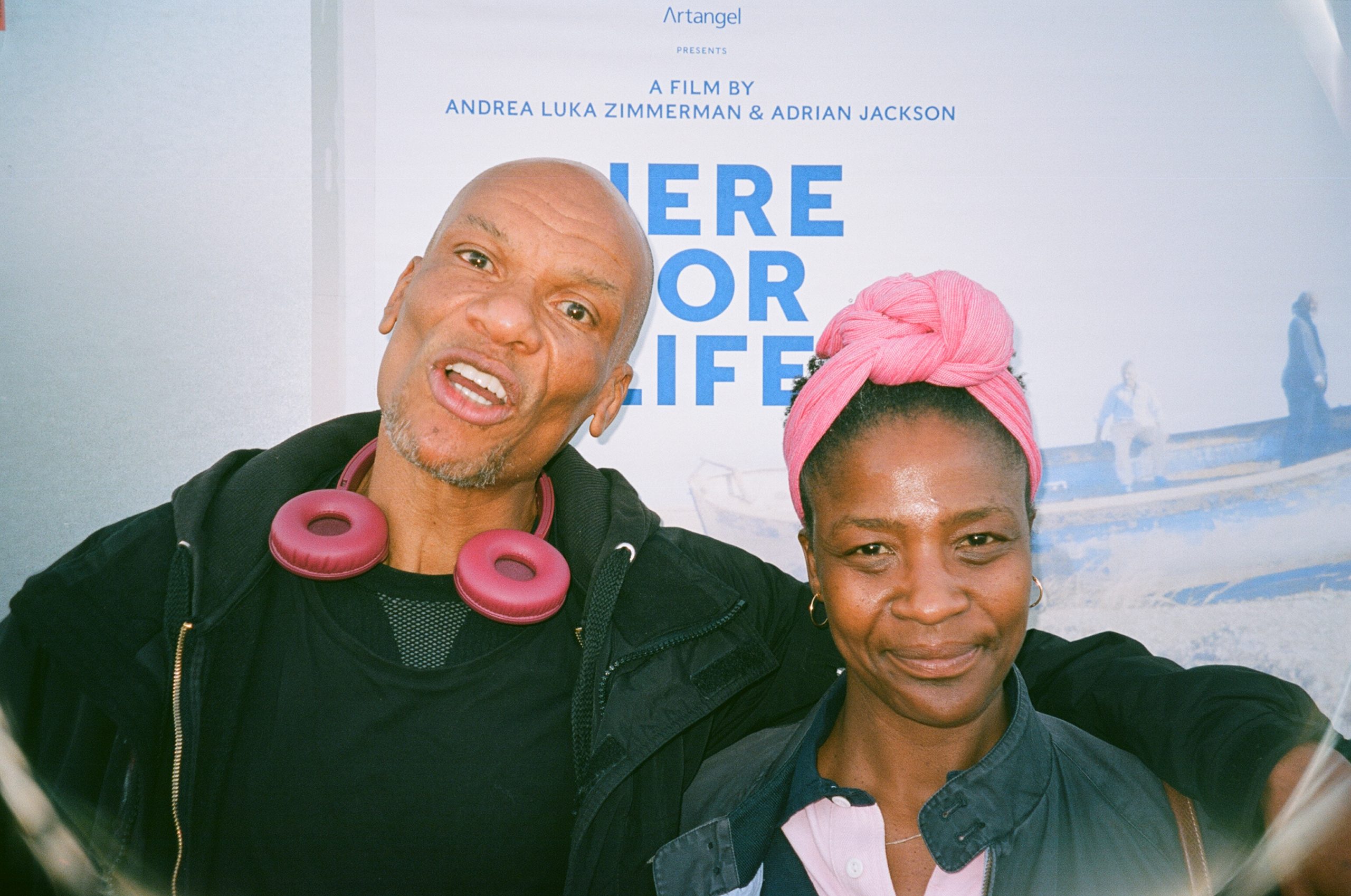 Following a free screening of Here for Life (at The Venue on Friday 7 February), featured actors Errol McGlashan & Mwiinga will deliver a spoken word poetry and a song writing / singing workshop for young people (13 – 19). Both sessions will be informed by the concerns explored in Here For Life – including marginalisation, co-existence, social justice and class – and will be shaped by the workshop participants.

The session will be introduced by the film’s director Andrea Luka Zimmerman. Participants will then take part in Errol’s spoken word session or work with Mwiinga to develop their singing and song writing skills or move between the two workshops. At the end of part one the groups will come together to discuss and share their work (only if they are comfortable in doing so). Participants do not need to have attended the Here For Life screening to take part or to have previous singing, song writing or spoken word experience to attend.

The session will be a friendly and supported opportunity to learn more about spoken word poetry, song writing and film production and reflect on these disciplines as creative practices which can support self-expression and articulate overcoming adversity.

Errol McGlashan is a Brixton, South London based Spoken Word artist with nearly a decade’s worth of experience; wowing audiences with his rhythmic rhymes and rants, organising events, and running workshops. He is a multiple Slam winner and has recently been nominated for Best Spoken Word Artist 2019 by The Poetry Awards.

For the past decade Mwiinga has been creatively involved in dance, fashion, music and acting projects in the UK and abroad. In 2016 she started to work with Cardboard Citizens, the leading UK practitioners of the Theatre of the Oppressed methodology. She has been an ambassador, volunteer and performer and mentor through this creative hub – supporting theatre which makes a real and positive difference to society and those living on its margins.

Here for Life is an uncommon story told on common ground by ten Londoners. All have lives shaped by loss and love, trauma and bravery, struggle and resistance. They grapple with a system stacked against them. They dance, steal and eat together; agree and disagree, celebrate their differences and share their talents. The lines between one person’s story and another’s performance of it are blurred, and the borders between reality and fiction are equally porous. Eventually coming together on a makeshift stage built on reclaimed ground between two train tracks, they prompt a debate about the world we live in, who has stolen what from whom, and how things might be fixed. Here for Life marks the culmination of a long collaboration between film-maker Andrea Luka Zimmerman and theatre-maker Adrian Jackson, a troupe of Londoners and a dog.