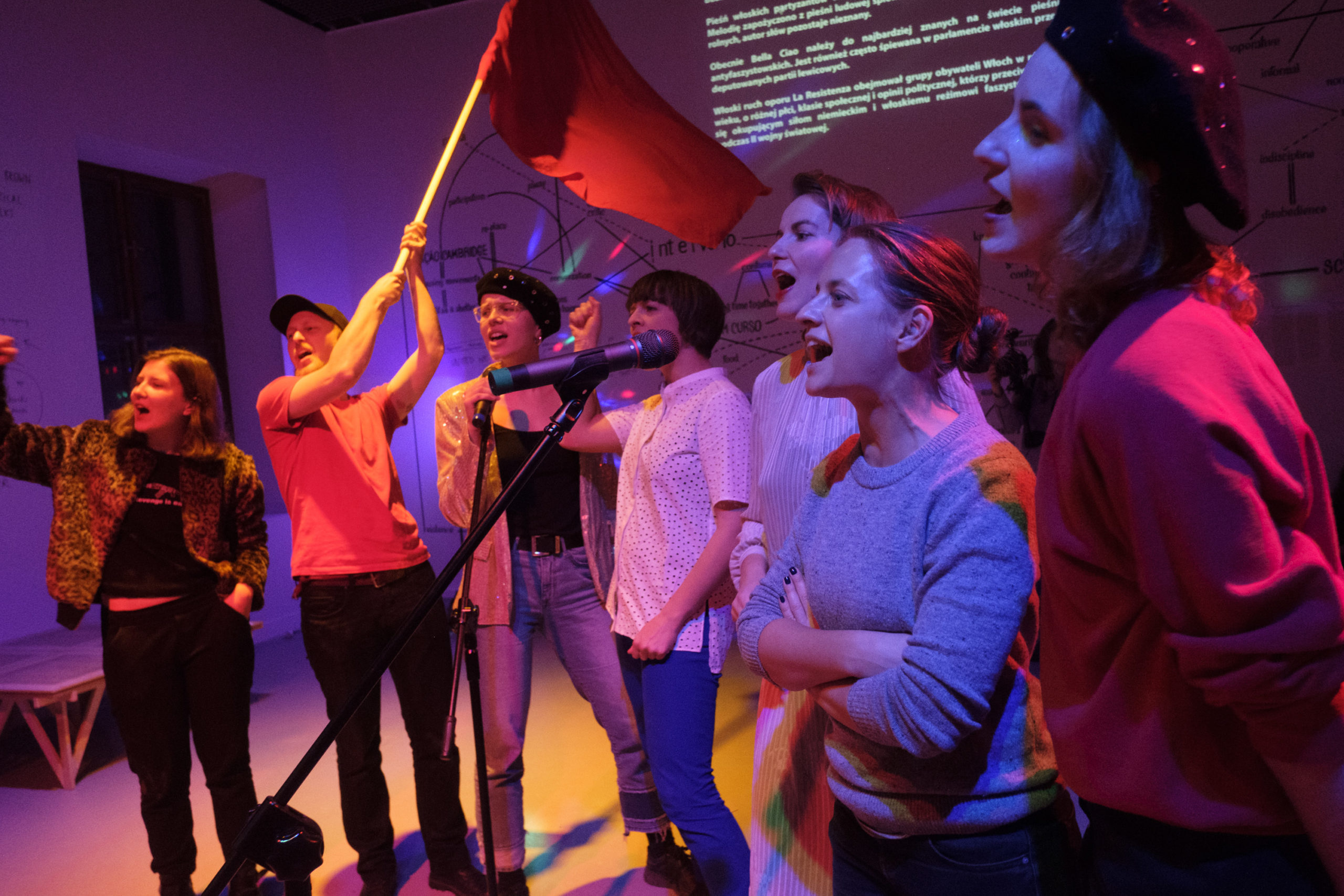 The event will begin with a short talk by Roger Tanner of the Nottingham Clarion Choir about politically-engaged music and singing together as a way to protest, support social change and practice solidarity and resilience. A performance of co-operative songs will follow and the event will end with a mini- workshop and participatory performance led by Annie Griffith.

This event is part of Alicja Rogalska’s Desire Lines project, which takes as its starting point the rich heritage of the co-operative movement in Lincoln, where co-ops still play a vital role in the local economy and community. Involving the various communities in the city, the project will explore traditions of working together for the common good and alternative economic models, whilst focusing on people’s political desires for the future organised around the ideas of working together, sharing & commoning.

Alicja Rogalska’s practice is interdisciplinary & focuses on social structures & the political subtext of the everyday. She mostly works in specific contexts making situations, performances, videos and installations in collaboration with other people. The recurring subjects of her work are body & affect, especially in relation to labour, economy and class, as well as alternative future imaginaries. Alicja’s commission is part of the Urban Form: Social Architecture & The Commons season at Mansions of the Future.

Roger Tanner has been a member of the Clarion Choir since 1991, joining with a background as a trade unionist and political activist not a singer. He has continued to sing with the choir because it brings him great pleasure to share music with others, whilst contributing to campaigns which are important to him.