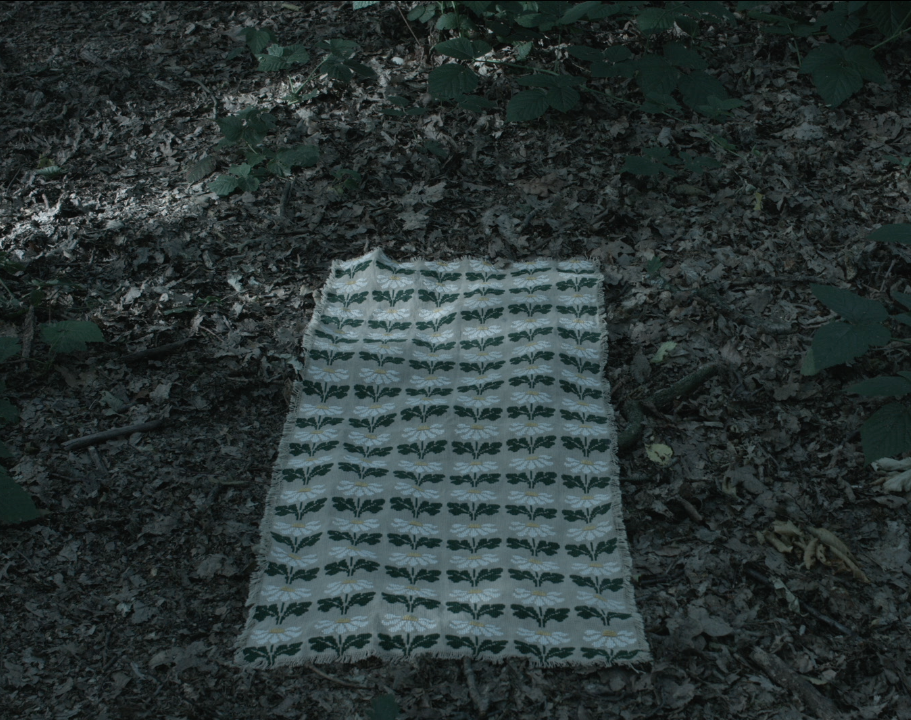 In partnership with the Justice, Arts, and Migration Network Mansions of the Future will premiere It Takes a Decade, a short film by artists Natasha Davis and Jane Olson, part of The Big Walk project. Following the screening we will launch The Big Walk: It Takes a Decade and Destitution, Detention and Deliberations: One Man’s Story of the Asylum System by Victor Mujakachi. Both are free publications from the Justice, Arts, and Migration Network imprint. The event will conclude with an open panel discussion.

Initially conceived by artist Natasha Davis as a 12 mile walk from Lincoln Castle (Lincoln’s Victorian Prison) to Morton Hall Immigration Removal Centre (Swinderby, Lincolnshire) It Takes a Decade has been reimagined as a short film – supported by sound artist Jane Olson. It Takes a Decade is staged through ten episodes, mirroring the number of years on average that a migrant’s life is impacted upon following a period of involuntary detention or displacement.

The ancient practices of pilgrimage and walking the walls, beating the bounds, will be re-oriented to an acknowledgment of how the policy of detention without trial plays out in real time for real people in our own county. The walk was not intended to mimic or replicate the work and activities of existing protest and asylum support organisations but will be a collective action, response and acknowledgement of the detention / removal centre and the lives within.

We hope to come together in the not too distant future to walk freely, in solidarity with those who are still denied this right. At this time, we encourage you to undertake ‘personal walks’ if and when it is safe to do so, at all times adhering to government guidelines. It Takes a Decade and The Big Walk publication will provide those looking to walk from Lincoln city centre to Morton Hall Immigration Removal Centre with the tools to do so.

On 23 July 2020 it was announced that Morton Hall Immigration Removal Centre will close as an IRC. In 2021 it will be reverted back to a prison, its original use. We would like to take this opportunity to acknowledge and thank the activists and campaigners, including These Walls Must Fall, SYMAAG and STAR who have worked tirelessly to make this a reality. We hope that our collective attention goes a small way towards restorative respect for individuals whose lives and futures will be forever altered by detention.

Tanya Akrofi is an oral storyteller and writer from Ghana, now living in Lincoln. She is interested in stories which celebrate the courage of human beings as they try to find their place in the great cosmos. Through performances and workshops, Tanya connects people with an ancient storytelling tradition. A tradition which strengthens communities and celebrates the courage of the human soul (this is the topic of her TEDx talk). She brings her own lived experience of migration, as well as the stories she has collected, to the project, helping to create an authentic narrative of migrants’ experiences.

In 2019 Natasha was commissioned by Future Arts Centres in collaboration with Live Collision, Dublin; ARC Stockton and Lincoln Drill Hall to create Welcome Town. Her work is featured in Traces, a public project about migrant artists significantly contributing to UK arts.

Stephi Hemelryk Donald FASSA FRSA is Distinguished Professor of Film at the University of Lincoln, and co-Lead of the Justice, Arts, and Migration network. Before moving to Lincoln, she worked in Australia at UNSW (Sydney), RMIT (Melbourne), and UTS (Sydney). Her publications include: There’s No Place Like Home: the Migrant Child in World Cinema (2018); Refugee Film-making (Alphaville, 2019); Childhood and Nation in World Cinema: borders and encounters (2017) and Inert Cities: Globalization, Mobility and Suspension in Visual Culture (2014).

Victor Mujakachi is an asylum seeker from Zimbabwe and a former banker with The Zimbabwe Financial Holdings. He became actively involved in Zimbabwean politics after the disputed elections in 2008 in which former president Robert Mugabe lost to the opposition. Victor graduated in Business Studies from Middlesex University in London. He now lives in Sheffield and has embraced the Sheffield community where he volunteers with Assist Sheffield, The Burngreave Messenger, The Sheffield Conversation Club, Sheffield Tools For Africa, Spectrum, FURD (Football Unites, Racism Divides), St Peter’s Church, Ellesmere and Side By Side Drama Group.

Jane Olson is a musician, composer and sound artist based in the East Midlands.  She is inspired by the complex interactions we have with our environment, with each other, and our changing relationships with spirituality and nature.  Through her work she seeks to engage her audience in a sometimes challenging discourse, to stimulate thought and expose emotions through sound.

Femi Oriogun-Williams is a writer, musician and audio producer based in London. His work has been broadcast on Radio 4 and his podcasts with Somerset House and Rough Guides have recently been shortlisted in the British Podcast Awards. As a musician and writer he has been involved in multiple productions including In Our Bones (VAULTS, 2020) and Magdalene (Battersea Arts, 2019). His audio work has also been exhibited at Somerset House and Science Gallery London. Most recently he won Arts Council Funding to make a three part docu-drama series about AI and our relationships with it.

In the wake of the Covid-19 global crisis, Mansions of the Future has been working with collaborators to ensure that this project can be shared with audiences in a safe, virtual and necessarily personal environment.