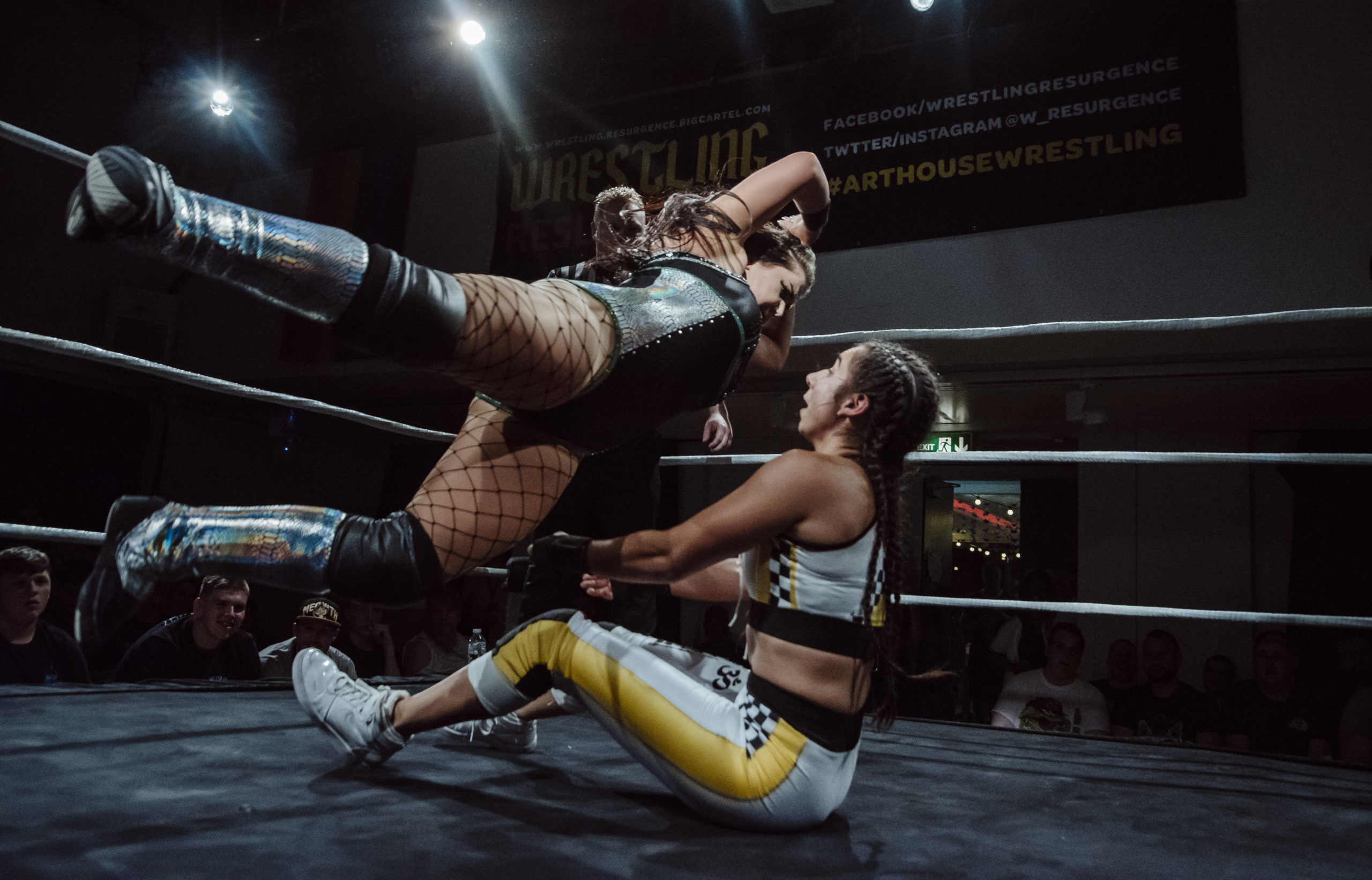 Professional Wrestling is one of the most misunderstood forms of popular entertainment in history, too theatrical to be accepted as “sport”, and too sporty to be considered “theatre”, and yet it is obviously artistic and clearly athletic. It’s also very popular. Whether you are a seasoned grappling aficionado, or entirely new to the weird and wonderful world of combat-theatre, wrestling has something for everyone.

Sam West will combine research into the independent wrestling community and practice-based knowledge gained from producing live wrestling events. This talk seeks to unravel wrestling’s many fascinating contradictions and trace its connections to many other, more established, forms of artistic expression. Sam will also discuss urgent research into the outlook for professional wrestling, which like many other performance-based practices and forms of popular entertainment has been radically affected by the COVID-19 pandemic.

Sam West started his PhD at Loughborough University in the School of Design and Creative Arts in October 2019. Funded through the Storytelling Academy, Sam’s research is focused on applied storytelling in independent professional wrestling. Sam is uncovering the hidden knowledge of theatrical wrestling to understand how performers use physical movement and vocalisation to tell stories. He is also exploring the unique ways that wrestling incorporates digital technology, such as social media, to extent stories beyond live performance into the wider world.

Sam spent 8 years working in the contemporary art world as a curator. His curatorial practice has included significant projects both in institutional environments and in the public realm. Over the last 3 years, in the role of curator at University of Leicester’s Attenborough Arts Centre, he has worked with artists that use performance, film and photography to explore the politics of the body and identity. Between 2012 – 2016, Sam founded and co-directed the curatorial group Ordinary Culture. This critically acclaimed project featured the commissioning of multiple works by various contemporary artists, within the site of a former onshore oil field, now a nature reserve located in the North Nottinghamshire Countryside.

This event is part of Mansions of the Future’s Lincoln Live programme March – November 2020 (Season extended in response to COVID-19). Departing from Lincoln’s rich entertainment and theatre history, Lincoln Live features new commissions which exist at the intersections of disciplinary boundaries. The season is a celebration of performative ventures that stand resolutely marginal to both the history of English theatre and the often exclusive, disciplinary rhetoric of contemporary performance art.