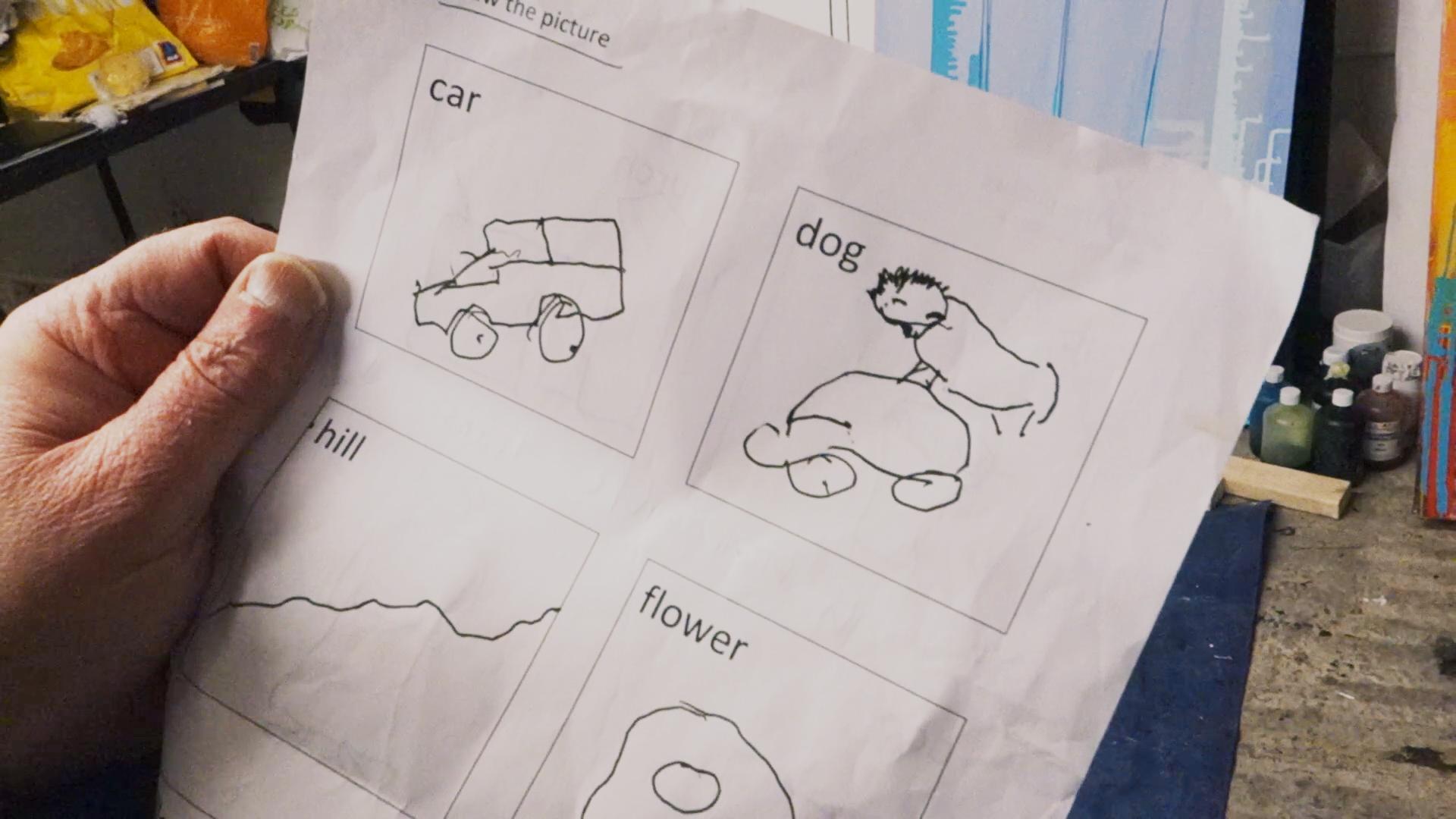 Join us at Mansions of the Future on 27 June for the launch of Not only can I not draw a dog, I don’t know what a dog is – a new film by artist and filmmaker Ian Nesbitt in collaboration with artist Norman Anderson. The film will be presented alongside a supporting exhibition of Norman’s paintings exploring stroke recovery, spirituality and identity.

Norman Anderson has been many things, but being an artist and a quaker are the things most important to him at this stage of his life. Having discovered both during a spell in prison, on his release he moved to Bamford Quaker Community in the Peak District and completed an MA in fine art in Sheffield.

As part of his approach to faith, Norman identifies with the notion of a ‘thin place’. This is an idea from mystical Celtic tradition relating to places where the distance between heaven and earth collapses and we’re able to glimpse the divine, or transcendent. Norman has experienced a few in his life, and recent cataclysmic events have unexpectedly brought him back to another.

In summer 2018 Norman suffered a serious stroke. Having lost many powers of language and speech, he has had to renegotiate his relationship with the world, with the support of a speech therapist. Months passed and eventually Norman was able to return to the studio and think about making some work. At this point, an extraordinary thing happened. As he began to paint, Norman found himself uttering incantations in a language he didn’t understand, in his words a ‘new and ancient language bubbling up from inside’.

Not only can I not draw a dog, I don’t know what a dog is explores the 3-way relationship between Norman, his artwork, and this new part of his psyche. Paintings by Norman presented here alongside the film provide further insight into his recovery, aided by creativity and faith.

Ian Nesbitt, Artist’s Bio:
Ian Nesbitt is an artist, filmmaker and activist, interested in creating spaces for exchange that go beyond the everyday. His film practice focuses on exploring identity and community through making work collaboratively, often using chance interactions to open up personal and shared terrains.

Recent work explores notions of care, interdependence and how we negotiate more-than-human worlds.

Ian has recently completed a third feature length film Acts of Quiet Resistanceand is leading on the development of Social Art Film, a new strand of Social Art Network. He is also artist-in-residence at Loughborough University, 2018 – 19.

Part of Film Club: Freedom, delivered by Mansions of the Future. Film Club: Freedom will ask local & regional creatives & communities to share films that are significant to their sense & experience of freedom. A different film will be screened each month. The short screening event will be followed by a discussion.