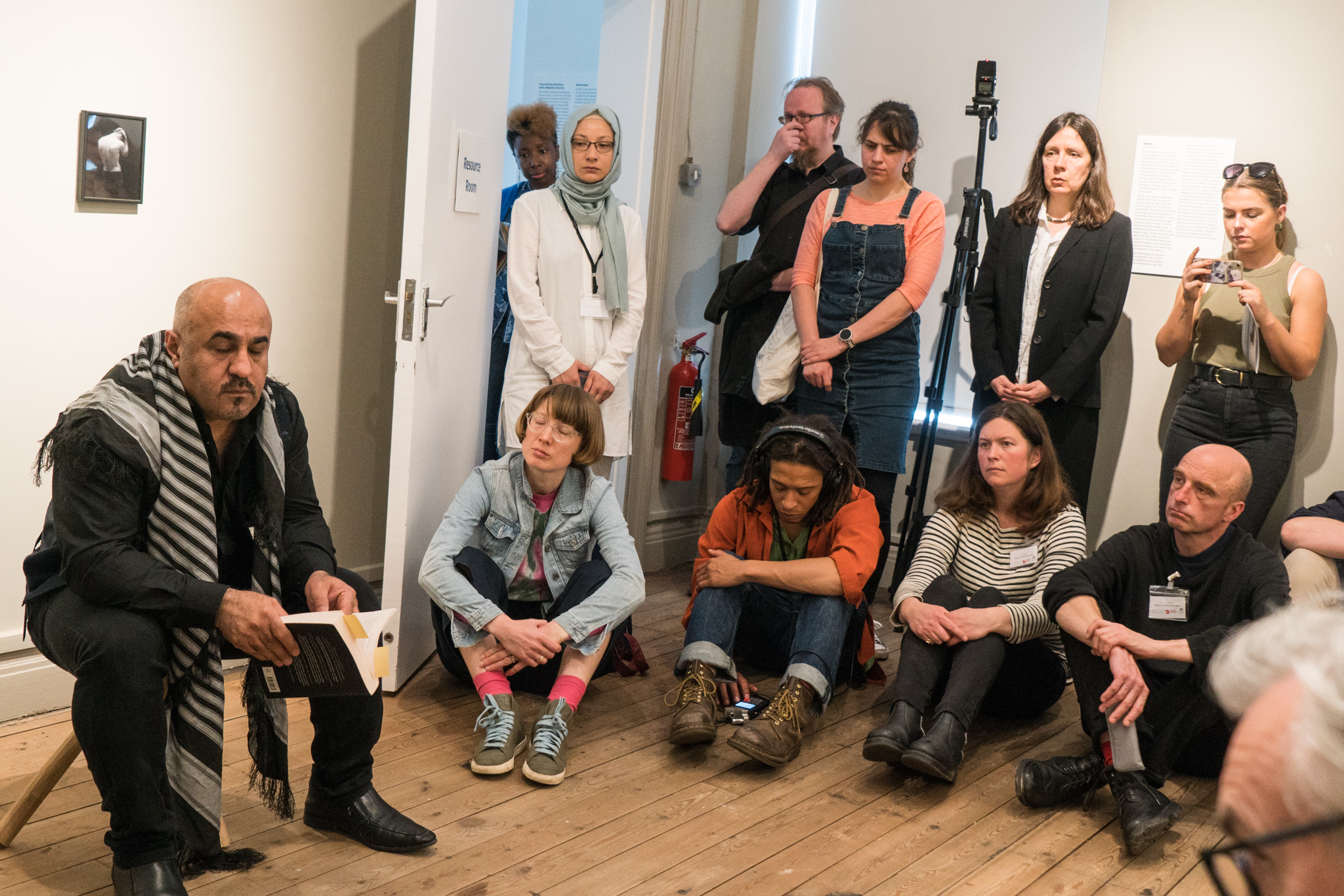 Readings from Not Friend by the Mountains, by Behrouz Boochani (2019), photo by Matt Snellin

A three-day event and accompanying exhibition (24 April – 2 June 2019) addressing the relationship between migration, detention and the arts. There’s No Place Like Home brings together international award-winning artists who have experienced and documented their own journey through creative practice and text, with academics who have worked with broad narratives of global migration. The event will comprise of an exhibition, a series of workshops, talks, screenings, readings and a symposium.

Actors will read from Behrouz Boochani’s Manus Island memoir, No Friend But the Mountains (2018). The book was awarded the non-fiction prize and overall best book prize at Australia’s highly prestigious Premier of Victoria literary awards ceremony in January 2019. Boochani is a Kurdish Iranian writer who sought refuge in Australia but was instead sent to the country’s notorious offshore detention centre where he is still detained. He will deliver a talk live from Manus Island via WhatsApp on Wednesday 24 April. Photographs by Hoda Afshar made during a trip to Manus Island in 2017 will be exhibited in the Gallery until 2 June 2019 and Hoda’s film Remain will be screened on Thursday 25 April, as part of Mansions of the Future’s Film Club: Freedom programme, supported by Lincoln Film Society. Hoda Afshar (winner of 2018 Bowness Prize) was born in Tehran, Iran (1983) and is now based in Melbourne, Australia. she has worked closely with detainees, including Boochani to document the lives of detained refugees.

Workshops led by practitioners including Photographer and Filmmaker Hoda Afshar will connect Lincolnshire based emergent performers, writers and artists to the ideas explored in Afshar and Boochani’s work and the supporting texts including There’s No Place Like Home (2018) by Stephanie Hemelryk Donald and works by John Erni and Dominic Symonds. Their works deal with justice, arts and migration in the modern world.

Hoda Afshar will deliver a public talk on Wednesday 24 April as one of Mansions of the Future’s Wednesday Sessions. The Wednesday Sessions highlight artistic practices which are based on collaborative and collective processes, where art is actively and critically engaged with its immediate context.

There’s No Place Like Home is sponsored by the Lincoln Institute for Advanced Studies through its LIAS Visiting Fellow program. The 2018-2019 Fellow John Erni (HKBU) will take part in the three-day event which mirrors further work planned in Hong Kong later in 2019.