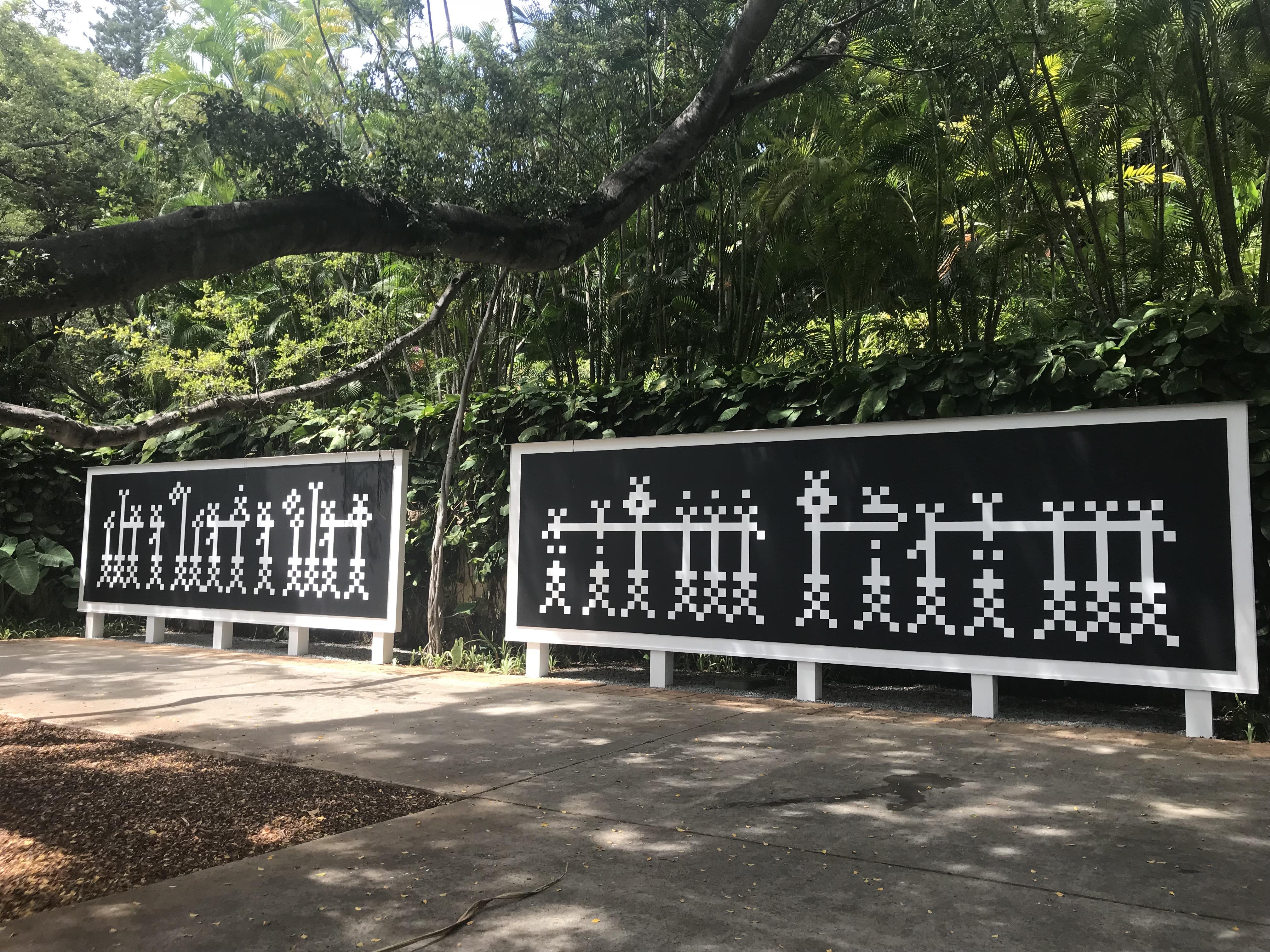 Bahia Shehab. ‘My People will return as Light and Water.’ Acrylic and Latex on Wood. Honolulu-Hawaii, USA, August, 2018.

Bahia Shehab is an internationally renowned artist, designer and art historian. Her practice is concerned with identity and preserving cultural heritage. As an Egyptian street artist Bahia began taking to the streets with lines from Palestinian poet Mahmoud Darwish during the Egyptian revolution of 2011. Since then, she has taken her peaceful resistance to the streets of the world, from New York to Tokyo, Amsterdam to Honolulu.

Bahia has travelled to Lincoln from Cairo to create her first work in the United Kingdom, at the Lincoln University Campus between Tuesday 20th and Friday 23rd August.

On the occasion of this unique commission, Bahia will talk about her history and practice in a powerful tribute to the potential of art to contribute to social justice. Through investigating Islamic art history Bahia reinterprets contemporary Arab politics, feminist discourse and social issues.

Shehab’s artwork has been shown in exhibitions, galleries and streets internationally.  Her TED talk “A Thousand Times NO” has received over 1 million views. The documentary Nefertiti’s Daughters featuring her street artwork made during the Egyptian uprising was released in 2015. Bahia has received numerous internationally honours including the Prince Claus Award, BBC 100 Women and TED Senior Fellowship. She is the first Arab woman to receive the UNESCO-Sharjah Prize for Arab Culture. Bahia is professor of design and founder of the graphic design program at The American University in Cairo. Her publications include “A Thousand Times NO: The Visual History of Lam-Alif” (Khatt Books : Amsterdam, 2010) and “At the Corner of A Dream” (Gingko: London, 2019).

Image credit: Bahia Shehab. ‘My People will return as Light and Water.’ Acrylic and Latex on Wood. Honolulu-Hawaii, USA, August, 2018.